Where is the fairness in Uganda's social media tax?

Several Ugandans are upset by the implementation the over the top services tax which has seen telecommunications companies in the country block access to social media sites unless one pays daily shillings 200 ($0.05). Upon paying the damn tax one is allowed access. Some Ugandans are avoiding this tax using virtual private networks (VPNs). How long they continue using VPNs is a matter for another discussion. 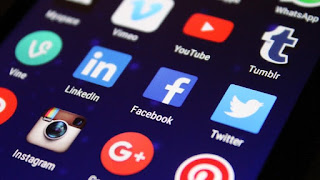 Apparently, the atmosphere is that a number of people are irked by this tax.  Not because Shs200 for OTT tax (social media tax) is a lot of money for most Ugandans who use social media but it is the idea that "I should pay Gov't before I can communicate anything using social media." Never mind, that one will have already bought airtime which has 18% Value Added Tax. Often times many people use airtime to buy data bundles.
It is strange that law makers in their wisdom thought it was right for end users to again pay to be able to access the over the top internet services, which they will have already paid for through data bundles from the telecoms. Instead of taxing the profits of the telecoms more and more, this government is colluding with the telecoms to deny Ugandans the ability to communicate unless they pay the damn tax of $0.05 per day. Where is the fairness in the OTT tax?

On 14 May 2018, Uganda's court on International Crimes began hearing the pretrial of Jimil Mukulu, the leader Allied Democratic Forces (ADF) rebels. Upon getting out of the Uganda Prsions Service bus, Mukulu began shouting on top of his voice that he is not a murderer. According to Uganda's law the suspects are presumed innocent until proven guilty by competent courts of law. 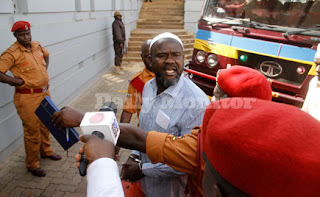 I will leave it for courts to decide Jamil's fate. But a mere mention of ADF rebels, triggers sad memories in the minds of many people of Rwenzori who suffered at the hands of this rebel outfit between 1996 and early 2000s.

Who in Rwenzori doesn't know the death and suffering that resulted from ADF rebels cowardly attacks on unarmed civilians. They would kill people by hitting them on heads with hoes (akapuni) just like pigs are killed. Human beings were slaughtered like goats with sadistic glee.
Lives were destroyed by Jamil's rebels. Children lost parents and their innocence to humiliating internally displaced persons (IDP) camps. Families were broken down. Education of thousands of Rwenzori children was interrupted. Many young girls were defiled in camps. People especially the youthful ones were abducted by these rebels. The rebels looted people's food, shops, goats, chickens, cattle, etc.


Our people were humiliated by ADF rebels' ruthless attacks. For years, hiding from these wicked rebels became part of routine life for many Rwenzori mountain dwellers. Esyombisu - those small mama ingiya pole tent-like grass thatched huts tucked in between the thickest bushes became part and parcel of our lives providing cover from the inhumane rebels. Sometimes it would rain and one had to brave the wet shrubs to find way to the embisu -the bush hide out lest the rebels find you...
May justice prevail.

On November 24, Uganda's biggest opposition party, the Forum for Democratic Change (FDC), elected Patrick Oboi Amuriat as the new party president. Mr Amuriat, who defeated the incumbent Gregory Mugisha Muntu, will lead the FDC for the next five years.

However, the FDC party that is supposed to be celebrating the election is now embroiled in squabbles. The supporters of Muntu were upset by the election results and have deliberately refused to recognize that the majority party delegates rejected the incumbent.


Please pardon my ignorance. Up to now I don’t understand what the hullabaloo from the FDC party president election aftermath is all about. Was the election rigged? Does the Muntu camp believe they were short-changed? Do they believe Amuriat won unfairly? Why this uproar? Aren’t they the ones who always claim they believe in democracy, where the majority wins? So why cry after being defeated? Did they expect Muntu and Amuriat to win at the same time? Just grow up and practice what you profess.

Today, the two biggest challenges many Ugandans face are: tolerance and respecting the masses’ views. Just because MPs or the so called big wigs supported a particular candidate who failed to go through does not mean the masses’ choice is wrong. Stop being selfish! It's time you people in the FDC reflected the democracy you claim to promote.
Posted by Unknown at 22:34 No comments:

Why should Uganda telecoms data expire?

The use of internet in Uganda is increasing. More and more Ugandans are acquiring smartphones which they mostly use to access social media sites. Official figures show that 23 million Ugandans are active subscribers to the telecommunications companies. Internet penetration in Uganda is currently at 45%, where majority access internet using their mobile phones.

Much as this is good news and an improvement in the telecom subscription numbers, the consumers are not happy. The cost of phone calls and data is still prohibitively high when compared elsewhere. Currently, the cost of internet in Uganda is current $300/Mbps. The government agency, NITA has reduced the internet connectivity within government offices to $70/Mbps whereas the Uganda Telecom, a public-private telecommunication company has announced that it will reduce the internet cost to $100/Mbps.

While the cost of data in Uganda remains higher when compared to elsewhere in the region and world, the business model of expiring data is unfair to the consumer, to say the least.
I have never understood why telecoms in Uganda, East Africa restrict data usage to time. Naturally, if I have purchased something it becomes mine and the issue of expiry or validity of data should not arise. Data purchase should be treated like airtime which is already not subjected to expiry. Once one buys data you don't have to indirectly pressure him/her to use it (data) within a specific time. This business model is not fair, in my opinion.
Posted by Unknown at 23:55 No comments:

US Government pledges $62,7 million to support refugees in Uganda

On July 8, the United States once again demonstrated its ongoing commitment to providing life-saving assistance to those affected by conflict with a pledge of nearly $639 million in additional humanitarian assistance.

Upon the conclusion of the G20 summit in Germany, and following the June 23 Uganda Solidarity Summit on Refugees, the U.S. government announced this contribution, which will provide emergency food and nutrition assistance, medical care, and protection to the millions of people affected by food insecurity and violence in South Sudan, Nigeria, Somalia, and Yemen. Some $62.7 million of this total is supporting the Office of the UN High Commissioner for Refugees (UNHCR) and World Food Program (WFP) refugee assistance operations in Uganda.

The refugee situation in Uganda has reached crisis proportions. As of July 2017, there are some 1.3 million refugees in the country – including nearly 1 million who have sought safety from the violence in South Sudan – as well as refugees from Burundi, the DRC, and elsewhere.

This influx has put increased pressure on the government of Uganda, local hosting communities, and international relief organizations to provide food, shelter, protection, water, and other basic services. Both WFP and UNHCR face significant funding gaps and are struggling to keep up with the rising demands of a growing refugee population – leading to food shortages and wider insecurity.
Posted by Unknown at 23:01 No comments: 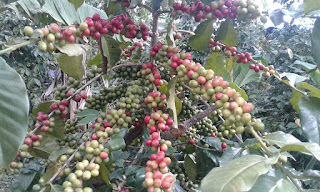 The trade in embene yo'mwana  can be categorized as unfair. Farmers in Rwenzori mountains should be sensitized about financial literacy so that they can develop a culture of saving and investment to benefit more from their farming. To achieve this, farmers have to be organized, and that's the main objective of this project.
Close to a million people live on the slopes of Rwenzori mountains in the Ugandan side. These people derive a livelihood from small scale farming with coffee being the main cash crop for many.
Arabica coffee contributes 15% of the coffee produced in Uganda. Most of the Arabica coffee is grown in the hills of Kigezi (South-Western Uganda), Mbale (Eastern) and Rwenzori (Western).
Smallholder coffee farmers in Rwenzori are not benefiting much from the sale of their coffee because they are largely unorganized. The middlemen (coffee brokers), local area coffee petty traders buy the coffee from the farmers at very low prices. Most smallholder farmers sell fresh coffee berries. This leaves them with little benefit from their coffee.
In addition, more farmers pre-sell their coffee berries while they are still green in the field. They have no financial literacy. The farmer is in constant need for cash yet he/she has less or no sources of income other than the coffee field. Given that coffee if harvest mainly once in a year the farmer will only get cash in the months when the crop is ripe. This makes the farmer prone to temptation of borrowing from the middlemen to sustain his household cash needs.
The cooperative societies that would be advising the farmer, bargaining for better market prices and organizing the smallholder farmers to produce high quality coffee, are non-existent in Rwenzori. Yet, having such and other farmer organization mechanisms would help the small scale farmer get better coffee prices and improve their livelihoods.
Justification for the project
Smallholder coffee farmers in Katebwa and Karangura subcounties in Kabarole district, Rwenzori region, Western Uganda, lose double by selling fresh coffee berries.  First they are given lower prices. Second they lose the coffee husks which would be used as manure in their coffee fields e.g. if the coffee is hauled by the farmers group, the husks can easily be given to farmers to use as manure. Secondly, the unorganized smallholder farmers have no power to negotiate for better prices.
Solution:
Organize farmers in groups the aim is to create a cooperative, a coffee depot
Objectives include:
·         The objective of this project is to  organize farmers in groups; train smallholder Arabica coffee farmers’ groups  in good agricultural practices and financial literacy.
·         The expected outcome is that  this will in the end enable the farmer in Rwenzori mountains make informed financial decisions to improve their livelihood.
·         Empower farmers about coffee marketing and
·         Encourage adherence to quality control mechanism

Most harvest-money calculations in Uganda's media are Confusing

The Uganda mainstream media reports on agriculture should do the farming money (profits) calculations carefully. Refer to this http://www.monitor.co.ug/…/689860-2289088-qknjo5z/index.html

That story alleges that in an acre one can plant 1000 Robusta coffee trees and that's the base for the profit calculations in the story. This is not true.

According to Uganda Coffee Development Authority the recommended spacing for Robusta coffee is 3metres by 3metres therefore an acre will have 450 plants if a farmer follows the recommended plant spacing.

For Arabica coffee recommended spacing is 2.5metres x2.5metres giving 680 plants per acre. So inaccurate acreage information passed to the public was that an "acre of 1000 robusta coffee trees can yield 8000kg per year"; something so exaggerated.

Coffee in Uganda is largely grown by small scale farmers who are not employing better agricultural practices; this in turn affects the yield. On average these farmers harvest 2kg per tree.

The habit of newspaper throwing out "harvest money calculations" should be triple-checked. Otherwise most of the amounts of money presented is usually out of touch and outrageous.

In the end, this creates false hope in minds of people who look at agriculture as a business venture, and eventually, disillusionment when they fail to get anywhere near the amount of money they read in the newspaper agriculture columns.
Posted by Unknown at 05:30 No comments: